Charlie is now in beautiful Bolivia. This is a very poor country and most people here are farmers. Charlie found out that some of the farmers are cutting down trees for farmland so the rainforests are disappearing. Charlie understands that the farmers are very poor and need land for farming to feed their families, but saving the rainforest is important to protect the animals and plants that live there.

Charlie had a list of world record breaking attractions that he wanted to visit during his time in Bolivia. The first attraction on his list was Lake Titicaca, this is the world’s highest lake that is deep enough for a large boat to sail on.

Lake Titicaca is located in the Andes Mountains and borders both Bolivia and Peru. It has 27 rivers that flow into it but most of the lakes water volume comes from rain and glacier meltwater. This gives the lake its beautiful bright blue colour. Charlie wanted to go for a swim, but as soon as he stepped into the water he came running back out. The water was only 11 degrees! A local fisherman told him some interesting facts about its size. He found out that the lakes average depth is around 500 feet. It is 120 miles long and 50 miles wide. 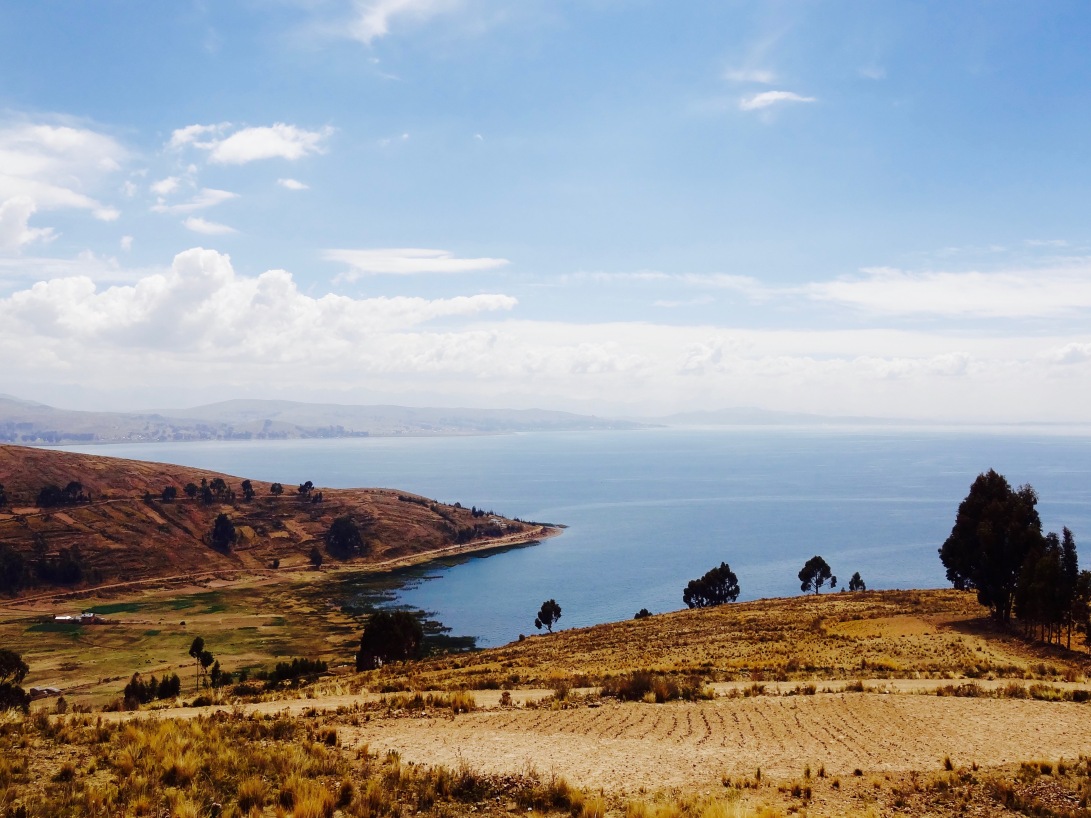 While riding around the lake Charlie spotted some floating islands, with people living on them in huts. He later found out that the islands and huts were made out of Totora reeds and the Islands were called the Islas Flotantes. The Uros people living on these manmade islands can date their families back to the time of the Incans and continue the same traditions from hundreds of years ago, such as making their clothes and fishing. They have to lay new reeds on top of the islands every 6 months to stop them from sinking. Even their houses and boats are made from the reeds that grow in the lake.

The world record breaking attraction Charlie was most excited about visiting was Salar de Uyuni, the words largest salt flat. Charlie had to wear his sunglasses and lots of suncream when he visited the salt flats because the ground was bright white and reflected the sun like a mirror. The area was once a large lake that dried up really quickly living only salt behind. This unusual surface meant that Charlie could have some fun with his camera and climbing on the models made out of salt!

Whilst riding across the salt flats Charlie spotted these pink birds. Do you know what they are called?

They are called Flamingos.

A funny fact about Flamingos is they are not actually pink. They are born with grey feathers, which gradually turn pink in the wild because of a natural pink dye called canthaxanthin that they get from their diet of brine shrimp and blue-green algae.

To learn more about Bolivia you can visit the site below