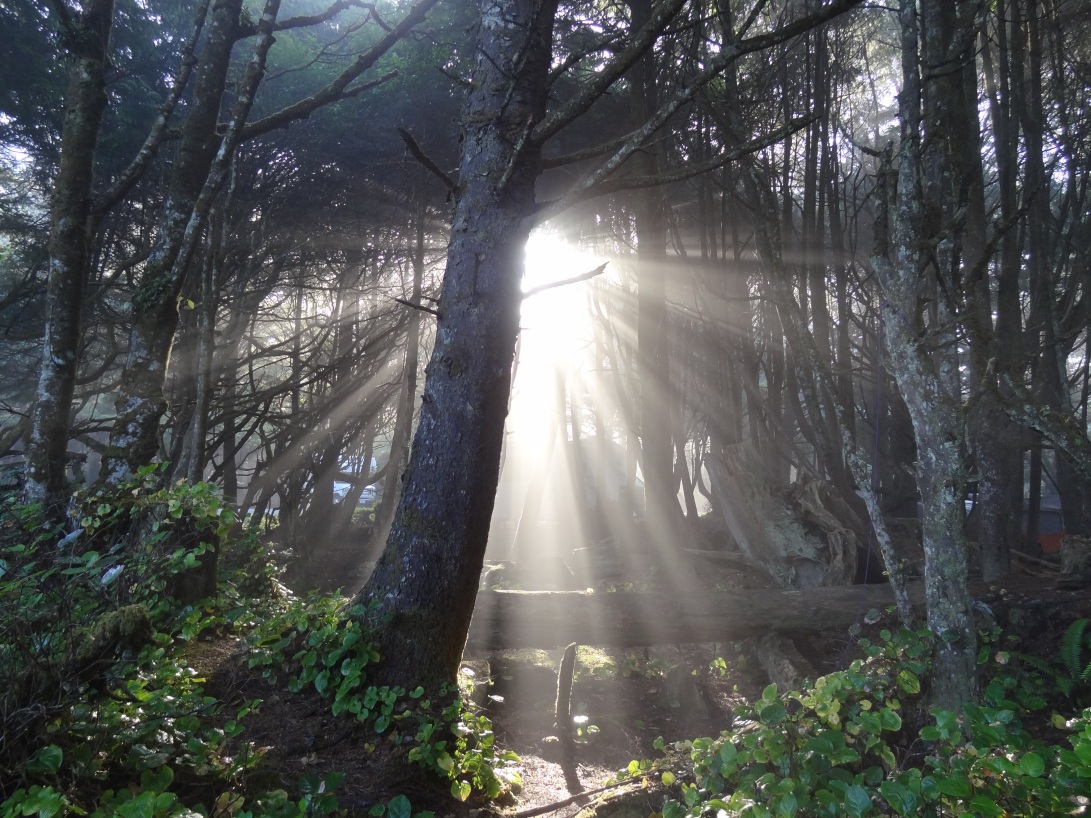 Tom is not a city lover but he left Vancouver with fond memories of his new favourite city. The combination of the sea, the mountains and the relaxed vibe is something that we both loved. It was also the first place on the trip that Tom was not applying mosquito repellant at every opportunity! We had stayed in a guest house with Dutch, Chinese, German, French and American guests all passing through. We were left gifts of left over food and beer by most of the guests- especially the Dutch who fed us for a couple of days! We were very grateful for any savings at all as our budget had suffered since arriving into a fun filled city. Couple that with the current exchange rate and an overspend on petrol in remote areas (nearly double the price than the cities) and we were both concerned about our budget. Tom has spent months polishing his spreadsheet that tracks our budget and forecast depending on our rate of expenditure. All very geeky but necessary when we are on the road and not earning. We rolled out of Vancouver and grabbed one last coffee with the last of our Canadian change. We were both surprised at how close the American border was to the city and equally surprised that at 8am it still took over an hour to get through. The US border guard had obviously had her personality removed in her basic training as we were subject to an interrogation worthy of Jack Bauer!

Undeterred we completed the leisurely 140miles into Seattle. A short detour to the BMW garage to ease Tom’s concerns about a suspect noise and we had arrived- 32degrees and blue skies. Perfect? Well no not really. Seattle greeted us with sights that surprised us both – especially after reading about the excitement surrounding this place. Seattle is the fastest growing US city and is battling with huge social issues. Our route had bought us through this and we were shocked. A cardboard box city best describes what we saw. Hundreds of homeless people openly taking drugs and drinking in the street. It was an image that will never be in any guidebook. Saddened by what we saw we did the tourist sites (Pike’s place market is worth a visit) and we cut short our 3rd city break for quieter times. We left Seattle by ferry and onto Port Townsend for a whale watching tour to the San Juan Islands. We spent a day and a half on the boat watching Orcas (Killer Whales to you and me) and enjoying the wilderness again. Maybe we are both becoming country folk?!

The Victorian town of Port Townsend has a friendly feel to it and feels a world away from the hustle and bustle of Seattle. We lounged in a 1950s style diner and contemplated exploring more of the area. This is where we met Marie- a wonderfully crazy University lecturer and her fantastic family and friends. We got chatting and received an invite to their cabin on the waterfront 45mins away. Marie did not look like a serial killer- nor did any of her friends so we took her up on her kind offer and arranged to meet there at 6pm. After a swim, a BBQ, a hot shower and camp songs around the fire, we retired to reflect on the kindness that we had been afforded. Pancakes and sausages followed for breakfast before we said our goodbyes and continued on our journey. Thanks again Marie and family! 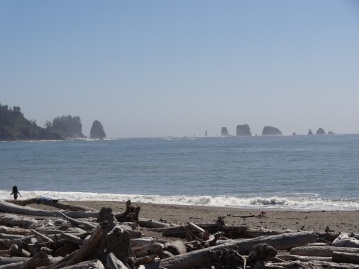 Washington State is blessed with lush green rainforests and beautiful beaches. We camped out for a couple more nights on the peninsula before heading to Twilight country. Forks, as Lorna had explained is the setting for the Twilight saga- it was a blink and you miss it sort of place but worth the visit. Unfortunately, Edward Cullen was nowhere to be seen much to Lorna’s disappointment. From Forks we visited La Push, a beautiful but rugged beach that also featured in the saga. We continued to follow the spectacular Olympic peninsular coastline over the next few days. We passed many beaches piled high with driftwood and covered with large boulder rocks. Setting up camp at Seal Rock we decided the craggy beach opposite our site would be the perfect place for an obstacle course style run. 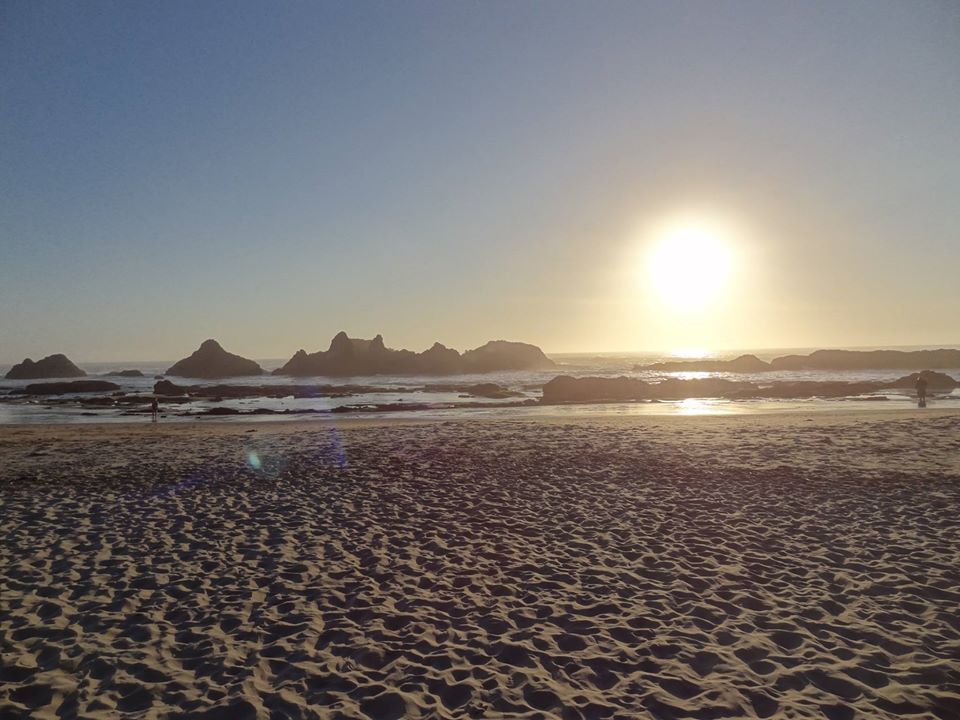