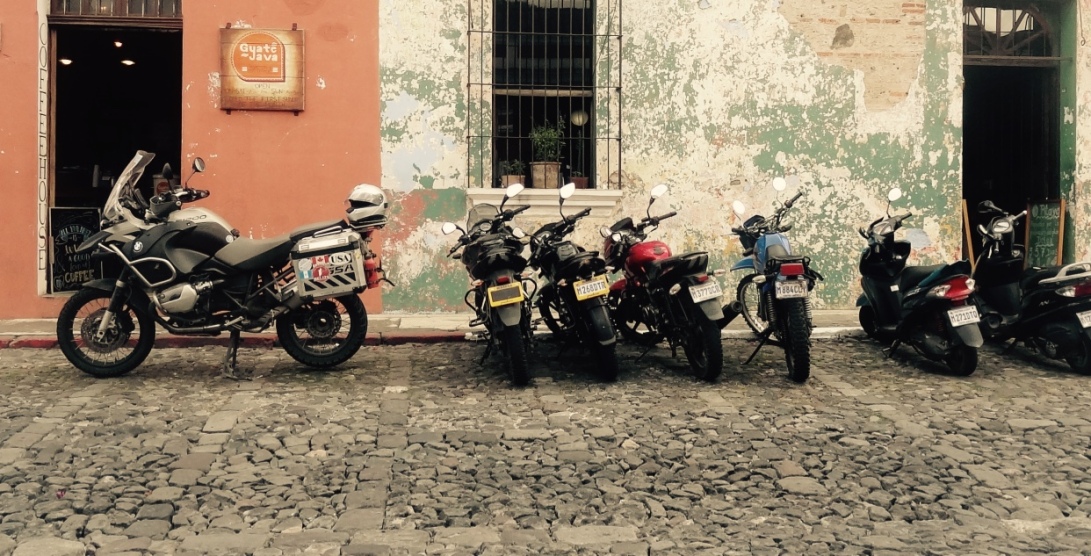 For the first time on our trip we found ourselves on the well beaten backpacker track. A first for Tom, a reminder for Lorna of her time in Australia a few years ago. Our first stop on the Gringo trail was the famous National Park of Tikal. This ancient city of ruins rises out of the rainforest-now inhabited by the eerie sounding Howler Monkeys. The impressive temples built by the Mayan’s date back to 4th Century BC . Tom was particularly impressed by the scale and engineering of the ruins especially when compared with some of the smaller projects he’s worked on.  We stayed one night in the Tikal jungle and we woke to discover that the jungle insects had been feasting on us as we slept-we were both covered in bites! 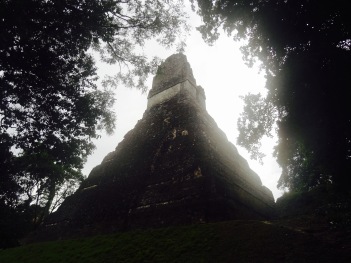 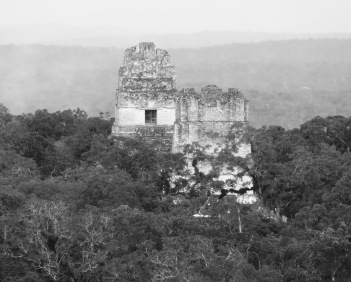 During our stay in the jungle we met two American teachers living and working in Guatemala City, as well as Karen and Dieter, two fellow bikers who are also travelling along the Pan American Highway. We instantly hit is off with them both and we made plans to meet up the following day in Flores. 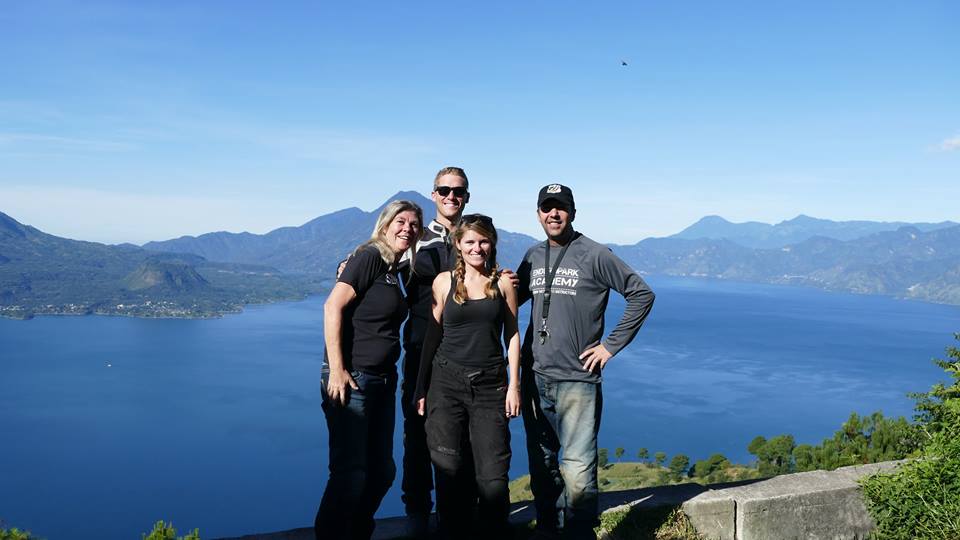 Thanks to them both we didn’t need to worry about finding a hotel, with a special parking space for Terry (our bike) inside the hotel lobby. That evening we strolled to the lakeside to enjoy some time relaxing and chatting over beers and cocktails, with our new found friends.

Already we had noticed the difference between Guatemala and our previous destinations. Mainly the number of Western backpackers, and the crazy chicken buses carrying them to their hostels. We also noticed quite quickly that not all of them were as keen to chat as Tom was. In fact many struggled to make eye contact and mutter a “Hello”  this became a pet annoyance for Tom but he persisted in acknowledging fellow travellers, liking himself to Mick Dundee. Little did we know this was just the beginning of life on one of the most famous backpacker routes. 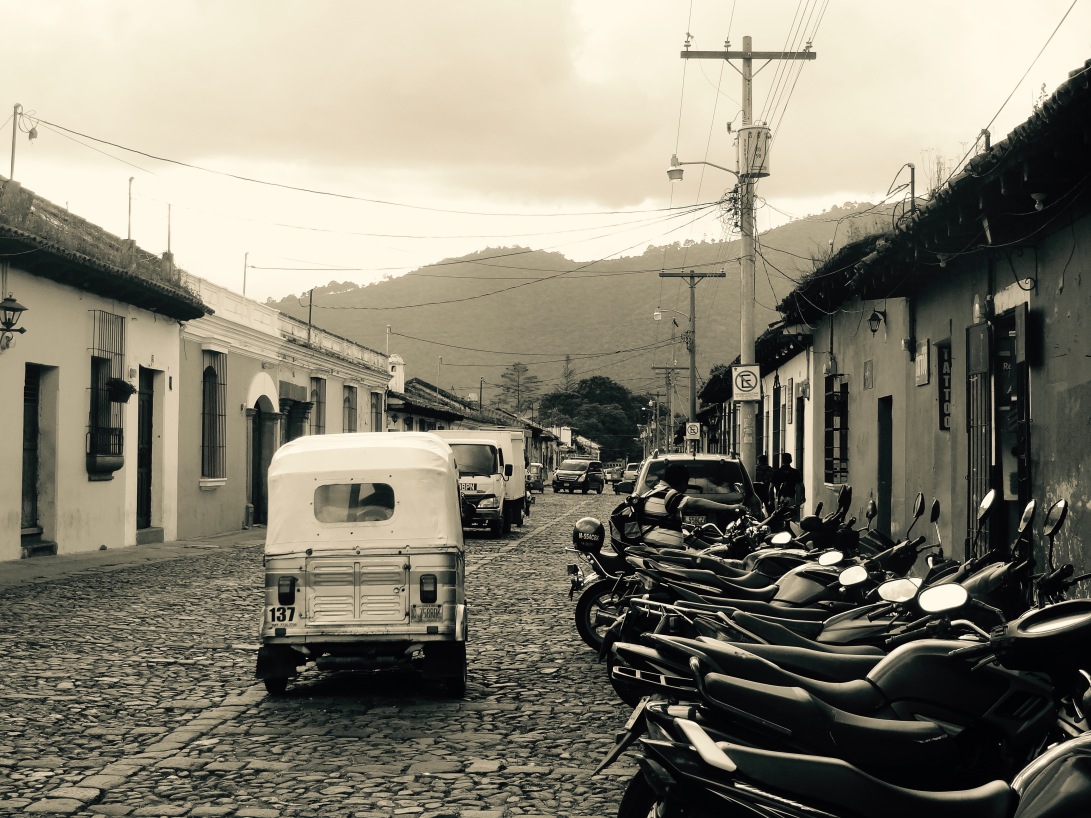 Next up Antigua, oh how Lorna loved Antigua! With camera in-hand  she disappeared for hours photographing colourful streets and crumbling buildings. To top it off, she even found a chocolate factory, who happily supplied samples of various chocolate creations. Tom was equally as happy in this colonial town, he whiled away the hours drinking Guatemalan coffee, people watching and attending the gym. His favourite coffee shop was an independent co-operative, the owner was passionate about supporting the local coffee farmers.  Antigua was an absolute delight with three volcanoes towering above it, traditional markets and woman wearing their hand sewn traditional dress. The town is obviously very well geared towards tourism but it manages to do this without loosing any of its charm. 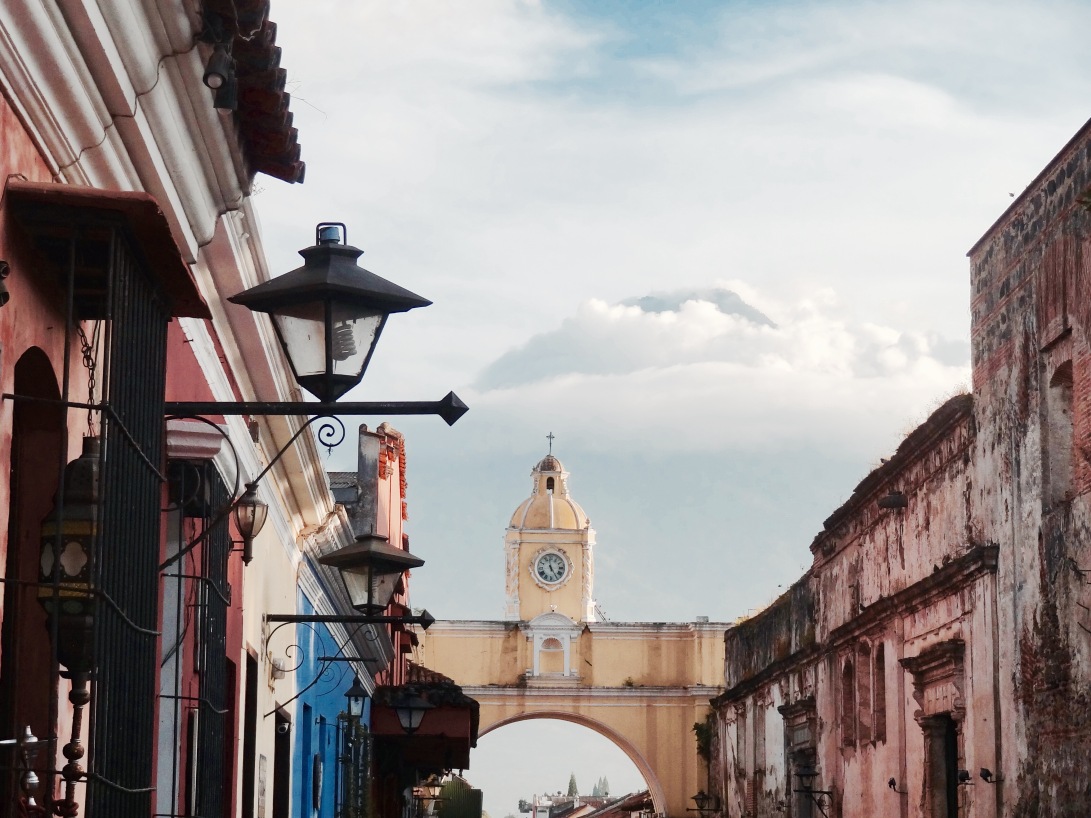 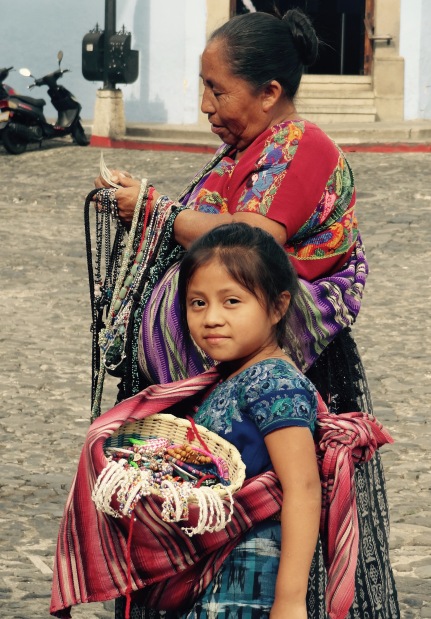 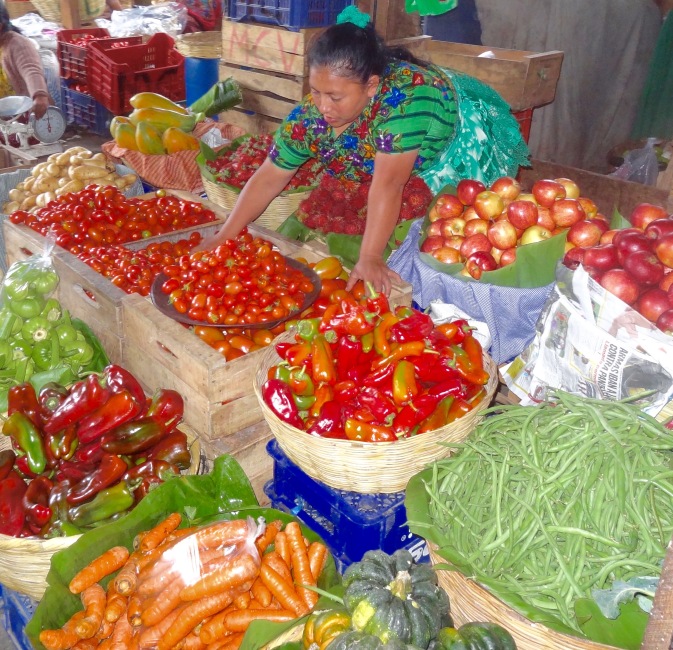 Our final stop in Lorna’s favourite country to-date was Lake Atitlan. This beautiful and impressive blue lake is surrounded by perfectly shaped volcanoes. This stunning lake is certainly a worthy contender for the title of ‘Best Lake’ and is strong competition for Crater Lake back in Oregon.

We once again hooked up with Karen and Dieter, and decided to ride across the border from Guatemala into El Salvador together. On our last night in Guatemala we met for dinner and shared the warnings and horror stories that we had all heard about our next destination. El Salvador has notorious gang problems, and is ranked as the most dangerous country on our route. With this in mind, we were very grateful to be entering this new country in convoy! 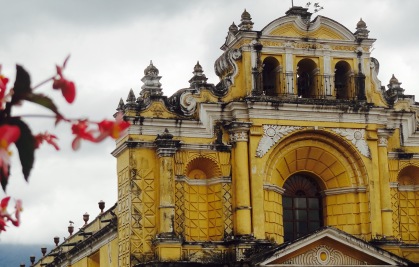