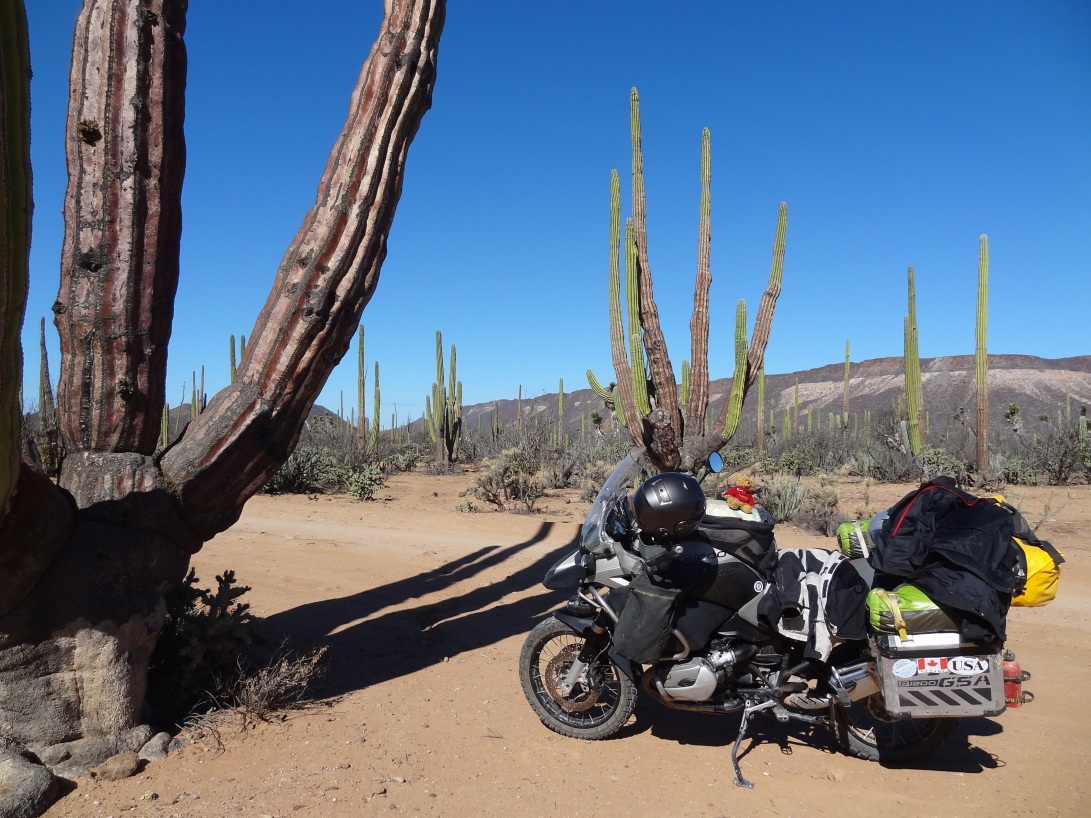 You may have noticed that we have covered a lot of miles in a relatively short space of time. In fact, we have covered 3000 miles in just under 3 weeks to cross the vast Country that is Mexico.

Our journey began smoothly as we crossed the USA – Mexican border with 2 new friends from San Diego, Boune and Dan. Living so close to the border they have made this journey several times before and were keen to show us some highlights on the Northern Baja. They took us straight to a restaurant on the Pacific Coast for fresh lobster, then onto our first street food cart for more Mexican seafood. They even decided to camp with us at a rugged beachside campsite, making our first night in Mexico an extremely enjoyable experience. Any fears about a lawless land were put at ease as the residents of the Baja welcomed us with open arms. 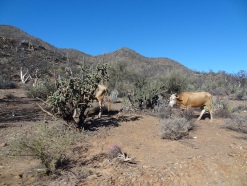 From here we continued at our own pace, down the beautiful Baja. This peninsular is still relatively unexplored by tourists due to it not having fully paved roads connecting towns together. This allowed us to experience beautiful secluded beaches and on more than one occasion we were treated to having the hotels and the beaches to ourselves. During our time here Lorna was able to get her paradise fix as we took a boat out to the reefs, where we were lucky enough to swim with whale sharks and a pod of wild dolphins. Tom got to test his off-roading skills in deep sand, and soon realized that he didn’t really have any! (He has promptly booked a course for our return to get some expert tuition!). We rode 60km across sand and the bike was dropped a lot, and in 38 degrees, picking it up became tiring very quickly! 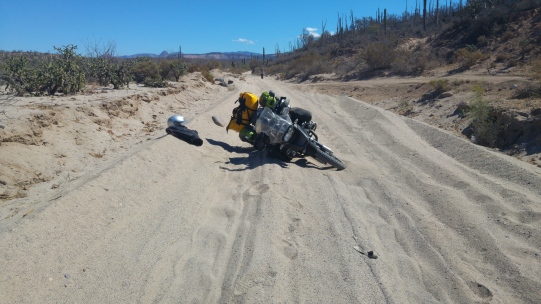 The original plan of just 5 nights exploring the Baja Peninsular easily slipped to 10 days, as we were happy to spend our days relaxing in the sun and nights sipping on margaritas. The Bahia De Los Angeles had a particularly interesting night time display of florescent algae, when the waters were disturbed. Usually by Lorna splashing along the coastline! We were slowly falling in love with this unexpected place. The town of Loreto was another special find, stunning colonial buildings, white sandy beaches and friendly people. An Irish guy owned the hotel that we stayed in and he brewed his own beer-Tom was a happy chap! 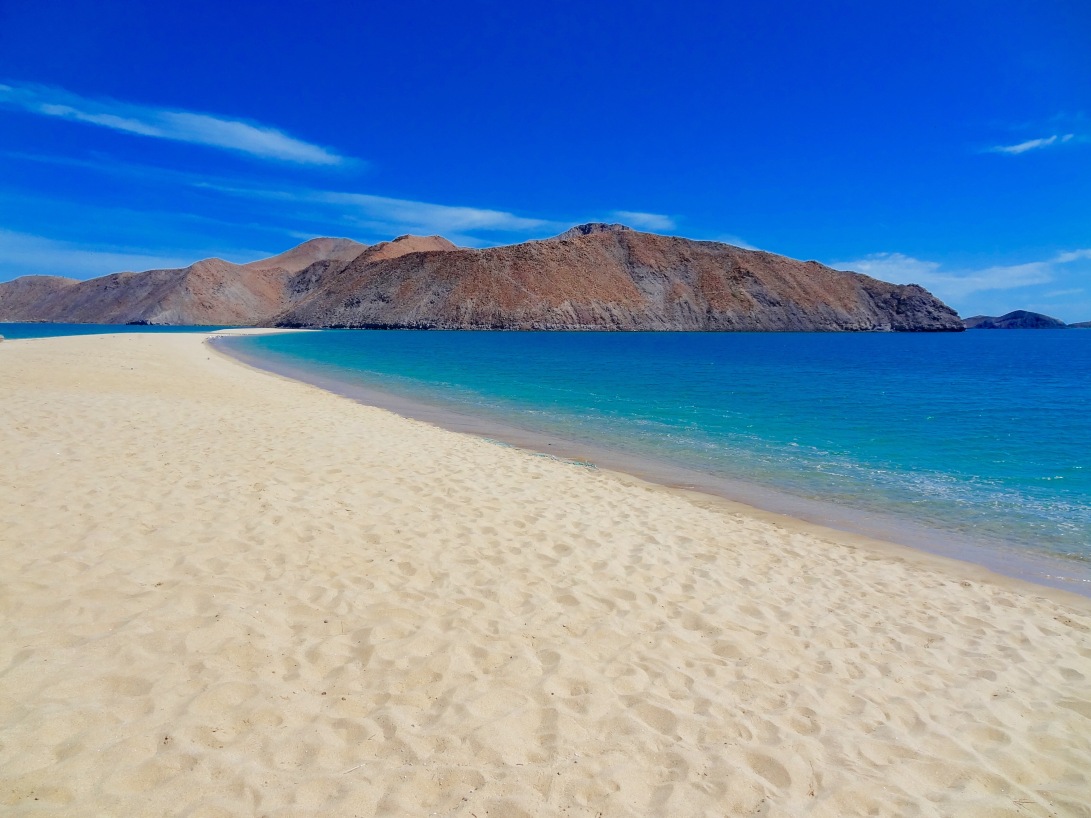 One of the other significant differences between Mexico and the USA was the cost of living. We were now surviving on half that of the USA and in far more comfort too. A hotel room was the same as some of the campsites in the USA so our tent remained firmly in it’s bag- much to Lorna’s delight.

The ferry from La Paz to the mainland of Mexico is mainly a trucking route but we managed to bump into an Aussie called Glen who was great company for the duration of the trip and for the following day on the road. His unusual choice of bike grabbed a lot of attention onboard the ship. 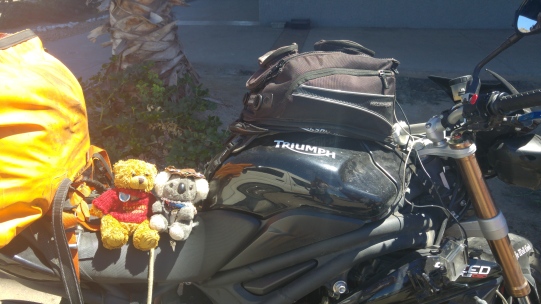 As soon as we arrived we noticed the laid back appeal of the Baja faded away. We passed the Army, travelling in large convoys, as well as the notorious Federal Police every few miles – keen to catch a speeding Gringo on a motorbike. We both shared a sudden realization that our limited Spanish dialect needed to rapidly improve. We crossed the mainland in a quick pace as nowhere we visited inspired us to stay longer than a night. We were happy to explore from our bike as we watched various scenery pass us by, such as colonel buildings, beautiful coastlines, mountain roads and Mexicans going about their daily lives. As with a lot of poorer countries that we have visited on other trips, the litter, discarded tyres and annoying speed bumps that pop up without warning took some of the shine off what was otherwise a beautiful country.

Unfortunately for Tom though, mainland Mexico seemed to disagree with him. After a dodgy fish Taco which led to a night in the bathroom, lack of sleep due to the extreme humidity, an allergic reaction to a wasp sting, being eaten alive by mosquitos and then to top it off another bout of food poisoning, Tom was keen to move on from mainland Mexico before it he was ill for the third time!

Lorna was keen to see the coast again -particularly the Caribbean coast. She took to booking.com and found a lesser-known beach town of Majahual, this quite resort was 4 hours South of Cancun and boasted a small selection of independent hotels and a handful of restaurants. We got out our maps and selected the quickest route to get to paradise. Tom was looking forward to Air Conditioning and rest, while Lorna had plans to explore the coal reef and sun worship. Fighting dehydration in the humidity was a real challenge for both of us, especially Tom as he continued to struggle with keeping any food down.

However, a few days in this secret paradise meant Tom was restored to his usual energetic self and keen to explore Central America further. Meanwhile, Lorna enjoyed renewing one of her favorite hobbies, Scuba diving. She was lucky enough to see Turtles, Lionfish, Stingrays, Angelfish, Parrotfish and many other varieties of marine life. To top it all off, the reefs were deserted of divers, as it is currently Low season- a real bonus!

So on reflection, Mainland Mexico did have some hidden gems, such as Oaxaca- a foodie colonial city with a bustling vibe. This was a great town for wandering around eating Mexican cuisine at its best and taking in the colonial architecture. (Even Tom liked the food there). North of Mexico City we stayed in the trendy town of Puebla, where we spent the evening enjoying cocktails in container city. This cosmopolitan area may have been more fitting to the streets of London than on the outskirts of one of the worlds murder capitals!

As we left Mexico, we both were pleased with our decision to speed things up a bit and were very excited about visiting English-speaking Belize for a bit more of a laid back Caribbean vibe. 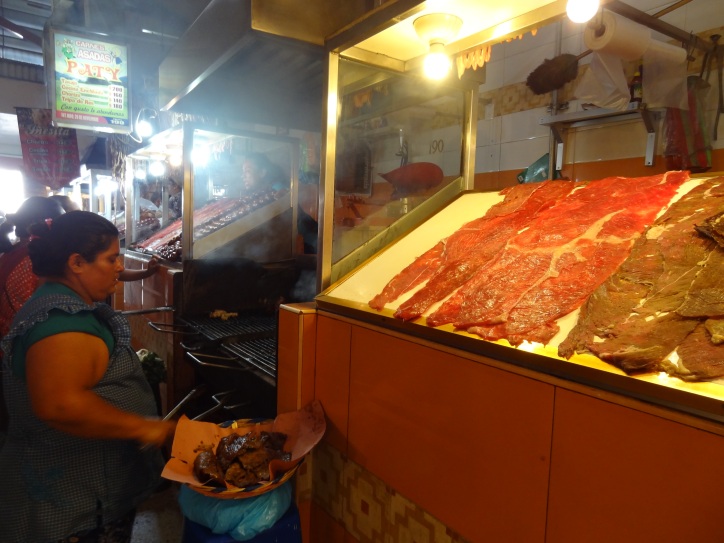 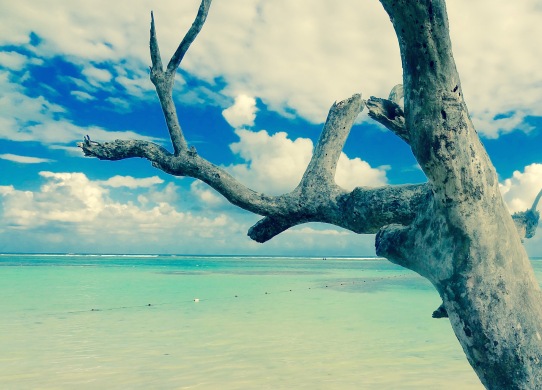 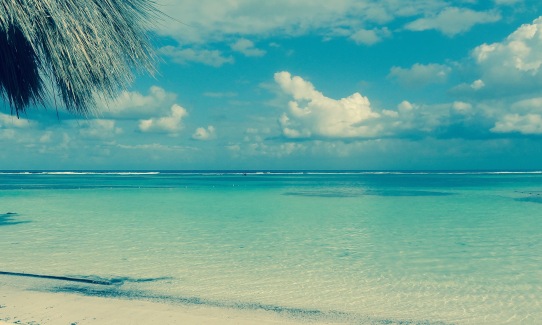 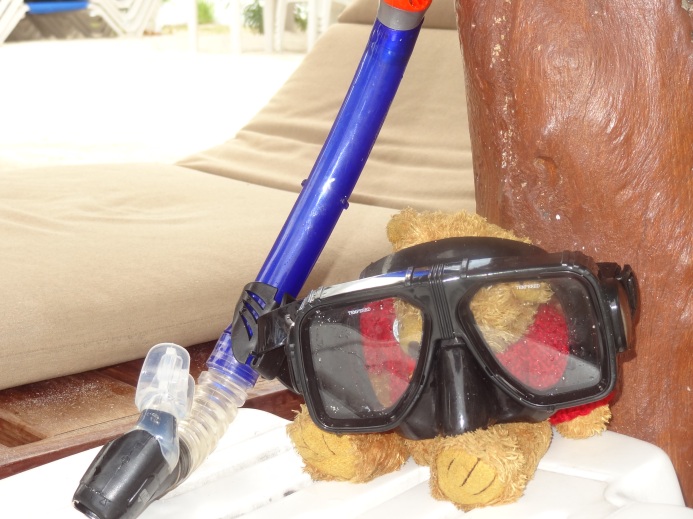 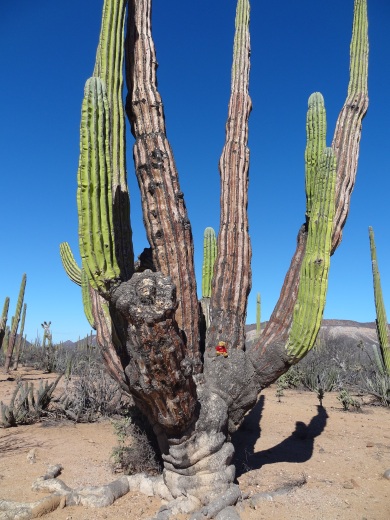